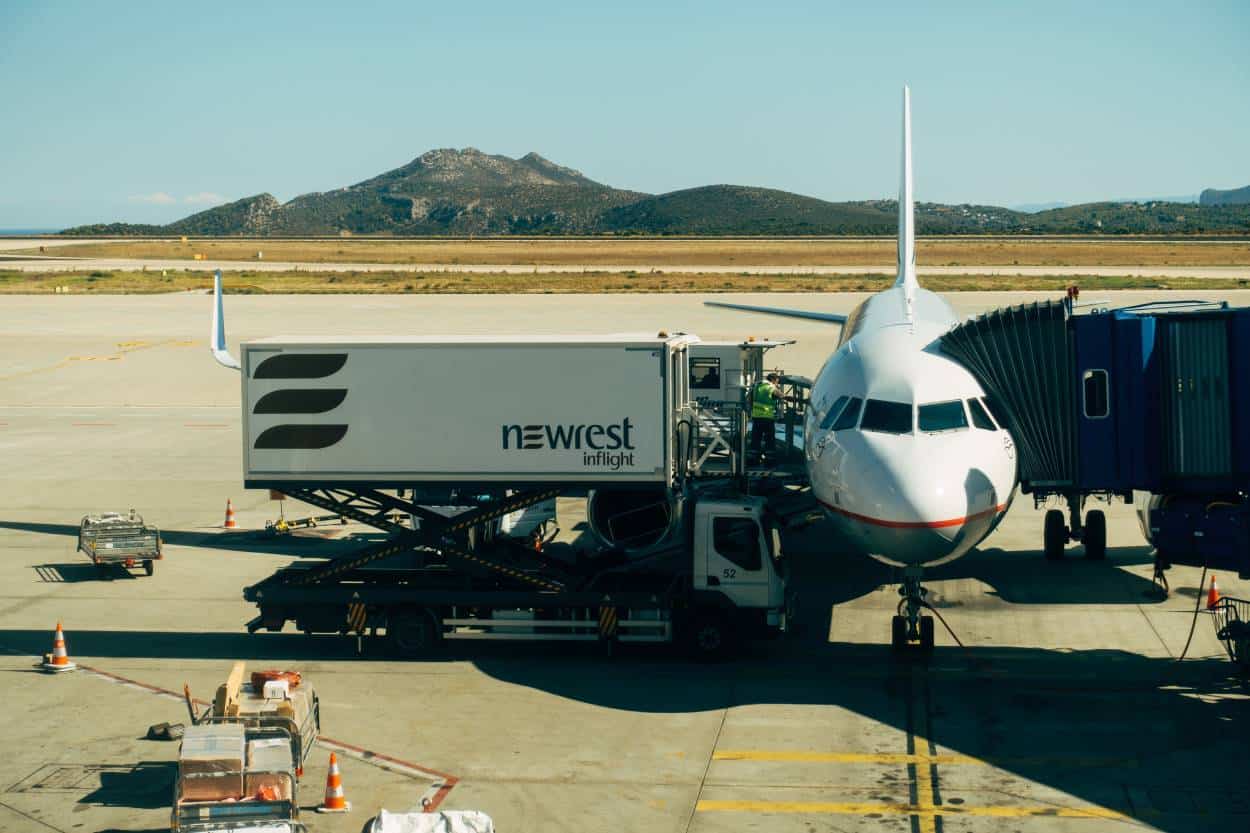 Current risks and threats to the aviation industry

Aviation has always been a tough industry. With its global reach, reliance on technology, manpower, and heavy use of oil, it is exposed to many risks and threats. Much of this is outside the airline or operator’s control. This situation has been highlighted dramatically over the past two years, but challenges to success in the sector are nothing new. We take a look at some of the main risks faced in 2022.

We cannot ignore the major threat that continues to affect the aviation industry. Although borders have largely re-opened, and there is less constant news coverage, the pandemic is not yet over.

On the positive side, vaccination protection is improving worldwide, and governments are less focussed on lockdowns and travel bans than they were in 2020. New variants have caused major disruption before, though, and it would be wrong to ignore the possibility of this happening again.

As an added concern, many airlines and operators are increasingly suffering financially after two years of disruption. Whatever the next restrictions are, there is unlikely to be much forthcoming government support for the industry or workers.

The Ongoing Impact of Brexit

Moving away from COVID, there are, of course, other factors to consider. In the UK and Europe, Brexit is a leading one. The UK has left the European Union (EU), but there is still plenty of related disruption to sort out.

For airlines and operators, there are changes to ownership and operation, with companies becoming much more restructured to their own regions. Border controls and checks will become more strict, too, with the removal of free movement.

There are complications as well for pilots. Pilots operating EU-registered aircraft will require an EU licence, and similarly, UK pilots will need a UK licence. There are some short waivers in place, but the impact is getting closer.

The price of oil, and aviation fuel with it, has risen significantly since 2020. Oil prices hit a 13-year high in March 2022, although they has fallen back since then. Fuel is one of the main costs of airline operation (around 30% by some estimates), and any increase has the potential to significantly affect profitability.

Of course, airlines have strategies to hedge against rising fuel prices, but this has been especially difficult with unpredictable future requirements during COVID. Over the last 20 years, oil prices have proved very volatile (moving from a high of $126 in 2011 to a low of just $36 in 2016 as just one example). As in many industries, an unpredictable situation like this is very hard to manage.

Global Instability & The Threat of War

Of course, one of the major events in 2022 has been the war in Ukraine. This escalated quickly, with sanctions and bans on Russian airlines, of course having an effect on aviation. The closure of airspace has also given many operators flight planning issues and increased operating costs.

The Ukraine/Russian situation is not the only threat either. There is growing political instability in the Middle East and Asia too. In a connected world, conflicts can have more far-reaching effects too. Security concerns and airspace restrictions can affect airlines far from the conflict zone.

Terrorism likewise remains a threat, and the risk increases with more political instability. Aviation remains a high-profile terrorism target. Many improvements followed the terrible events of 9/11, and these continue. Terrorism does not have to involve physical hijacking, though. The risk of cyber terrorism or data attacks is a real threat these days.

Anyone travelling in 2022 will likely have seen issues with staff shortages. This is affecting airlines, airports, and other companies globally – but the situation is particularly acute in Europe and the UK so far.

There are several reasons for this. Firstly, the aviation industry has rebounded post-COVID much faster than many anticipated. Recruiting staff into the industry quickly has been difficult. Added to this, many workers have preferred not to return to the industry. Many felt they were not well treated and have moved to look for work in other growing areas. Added to this, sector wages remain low and the cost of living is increasing. Higher wages are the way out of this, but most airlines and operators are not in a position to offer this now.

In the UK, Brexit has caused increased problems. Many workers who would usually take up employment in the sector have been unable to. There has been pressure on the government to change immigration rules for the sector, but this seems unlikely.

Linked to staff shortages, there are growing problems with the busiest airports reaching capacity. This is particularly worrying for the industry, as it is very much outside airlines’ control. Shortages of ground staff, including security, baggage handling, and ramp agents, have led to significant delays in processing passengers and in handling flights.

Again, this is currently at its worst in the UK. At many airports, there have been delays for passengers of many hours – leading to missed flights and further problems for airlines. In an unprecedented move over summer 2022, London Heathrow has imposed last-minute limits on passengers. Requests from the airport for airlines to restrict ticket sales were not well made. But, in any case, any airline operating there is facing serious disruption to their normal sales and customer management plans.

This is not a short-term problem – and nor is it limited to London Heathrow. Amsterdam and Frankfurt airports have imposed similar cuts on flights. Speaking in July about the Heathrow cuts, CEO John Holland-Kaye was honest about the problems. He said that although the summer caps were in place for two months, there is a likelihood of similar problems for the next 12 to 18 months.

This was an issue before the pandemic and, especially in some regions, will be worse after. Many pilots have left the industry over the last two years with the reduced activity seen. In 2018, Boeing predicted demand for 790,000 new pilots over the next 20 years. This was due both to expansion in aviation globally and a high proportion of older pilots reaching retirement age. It has stuck with this view post-COVID – starting in July 2022 that it sees the need for up to 6,000 new pilots per year for the next 20 years just in Europe.

The shortage post-COVID has already been seen in the recovering US market. New airline Breeze Airways has had to increase pay by over 10% and expand recruitment to Australia to secure new pilots for its fleet (as reported by Business Insider).

For many airlines, the changing demographics of travel in 2022 and beyond presents a real risk to their operations. Post-COVID, business travel is likely to be slow to recover – with VFR and leisure traffic taking the lead. Uncertainty, changing restrictions, and risk of quarantine or delays remain red flags for businesses.

When business travel does recover, many expect it to look quite different. More and more meetings and interactions have moved online, and business has coped for two years without much travel. There will still be a need for movement and in-person contact, but undoubtedly less.

The provision and marketing of business travel will need to change. Legacy airlines that rely on filling lucrative business and first class cabins will need to rethink pricing models. On the positive side, though, charter companies are likely to see new interest from businesses hiring aircraft.

Climate change is a big topic currently, and it will affect the aviation industry in many ways. Pledges to half carbon emissions are leading to changes in aircraft technology, fuel, and even aircraft tracking and spacing.

Despite its efforts to lower its impact, the industry, of course, is well exposed to the effects of climate change. The past few years have seen increasing levels of flight disruption due to extreme weather events, and more of this remains a real risk.Changing wind patterns will also lead to more turbulent flights – and potentially more complex flight planning.

Aviation is a well-regulated and protected industry. This has always presented a risk to operators and continues to do so. In particular, airlines remain subject to restrictions in aircraft operations and safety that remain outside of their control.

The technical issues, and subsequent grounding, of the Boeing 737 MAX is a very good example of this. Although the MAX is now flying again, issues are coming up once again with Boeing’s latest and largest MAX 10 aircraft. If it is not certified soon, it may need cockpit changes that will restrict its commonality and limit its appeal to many airlines.

Looking slightly ahead, several other new aircraft are coming onto the market. This includes new launches from Boeing and Airbus (most notably the 777X and the A321XLR), as well as new developments from new Russian and Chinese manufacturers.

As a final thought for 2022, we are likely to see a continued increase in air rage and related safety incidents.  During the first half of 2021, there were 3,000 such incidents in the US (according to the Federal Aviation Administration) – much more than normal. Much of this is related to mask-wearing, but other continuing restrictions are causing upset to passengers. Tensions remain high, and the confined aircraft cabin is never a good place for that.

As well as the immediate safety risks of such incidents, they also present a reputational risk for airlines. No company wants the publicity that goes with disruptive passengers, abuses of staff, and emergency situations affecting flights. Cutting off the problems before they arise will be a growing focus of many airlines.

The aviation industry has always faced significant risks and challenges. With global operations and operating at the leading edge of technical development, operators are exposed to wide-ranging and unpredictable events. Added to this is a rigorous enforcement of safety standards. COVID-19 has introduced additional risks to an industry already well used to having to manage them. 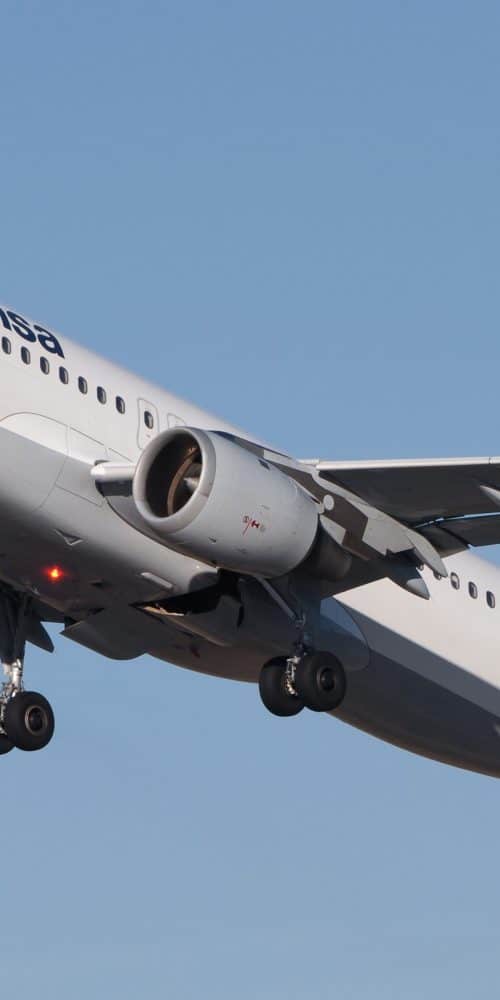 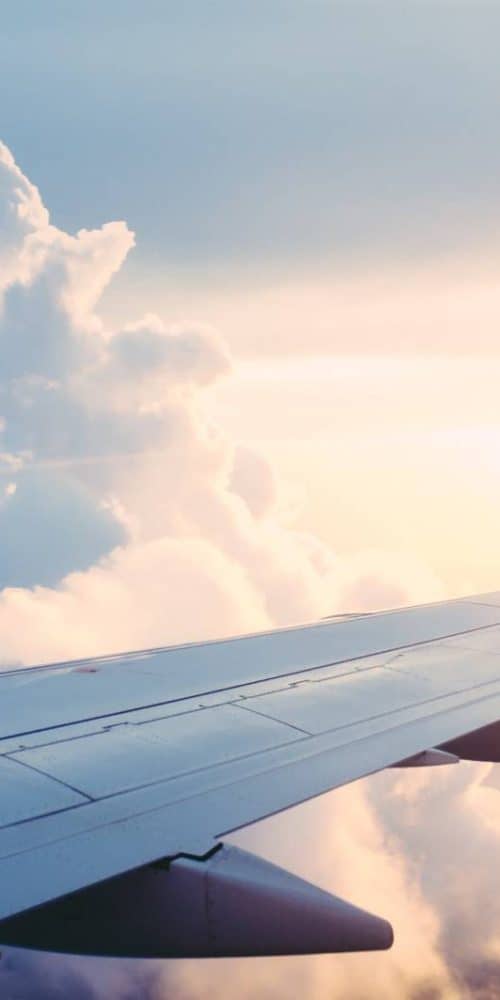