The 2020 Super Bowl, or Super Bowl LIV as it is also known, will take place on Sunday 2nd February at Miami Gardens in Florida. Given that the location is already a popular destination in its own right, the fact that the United States most watched sporting event will be held there will only put more pressure on the local airport ground services and aircraft parking will quickly become difficult to secure.

Miami Gardens sits midway between Fort Lauderdale and Miami and is served by Interstate 95, to the east, and Interstate 75, to its west. Helpfully, for flight planners, pilots and charter operators planning trips to coincide with the event, the city’s main airport is only a 20-minute drive from the Hard Rock Stadium, where the culmination of the American football season will be staged.

As occurred during the 2019 Super Bowl, the few days leading up to the game itself are likely to be billed as an official warm-up period. Super Bowl LIII, which was staged at the Mercedes-Benz Stadium in Atlanta, Georgia, had numerous football-related and musical events that were put on in the week prior to the game with a big downtown concert that was staged the evening before the main event.

Although the final plans for the 2020 Super Bowl have yet to be announced, there is bound to be a requirement to plan as early as possible to make the optimal arrangements for your passengers or client. What forward planning do you need to do before for the event?

Miami International Airport (KMIA/MIA) is the main airport that most flight support service providers will recommend since it has the greatest capacity and lies a reasonable distance from both downtown Miami and the stadium. It handles over 45 million passengers per year, after all.

That said, it is not your only option by any means. Miami-Opa Locka Executive Airport (KOPF/OPF) is only ten minutes from the Hard Rock Stadium and, compared to Miami International Airport, offers more attractive JET-A1 fuel prices. To the north, Fort Lauderdale-Hollywood International Airport (KFLL/FLL) is open 24 hours a day and has four fixed based operators (FBOs) to choose from.

Another option for consideration is Miami Executive Airport (KTMB/TMB) which was formerly known as Tamiami Airport. It is of a similar size to Miami-Opa Locka Executive Airport and, like it, has three runways.

Given that the Super Bowl is the premier one-off sporting event in North America, the peak usage of aviation ground support services should not be underestimated. Consequently, forward planning your ground handling services will become essential.

Whether you are seeking some high-quality aviation catering for the return flight or something as straightforward as aircraft cleaning during the Super Bowl, then making arrangements in advance cannot be recommended enough. Of course, in both regards – and many more – Flightworx can assist you to find the right service, even when Miami is at its sports-mad busiest. 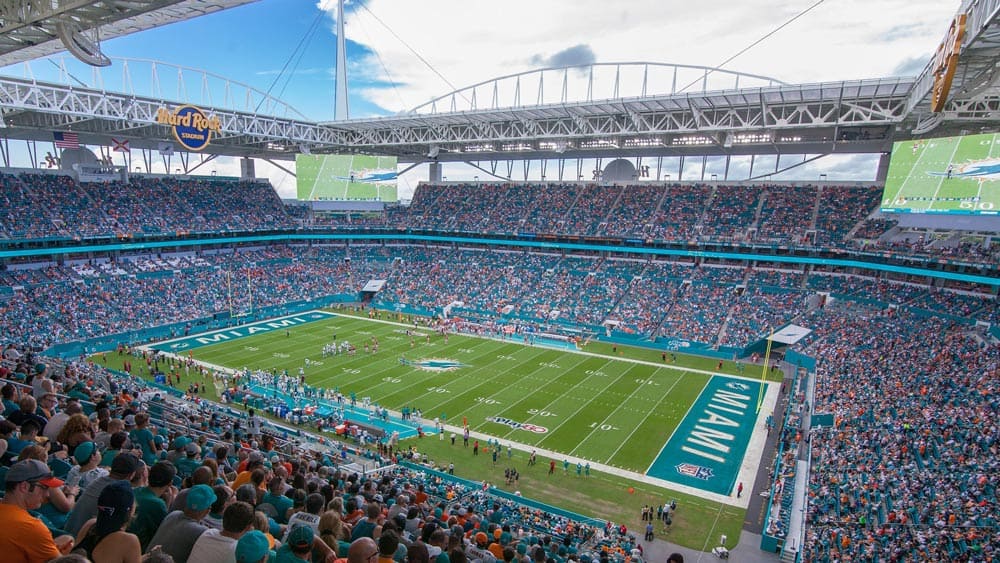